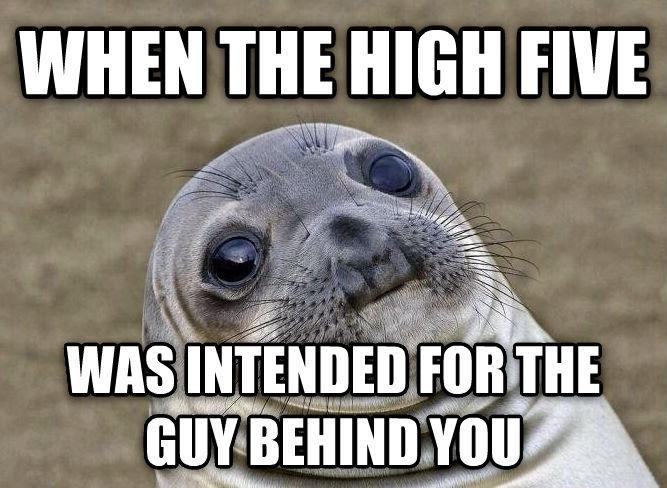 These are the so called Internet memes. According to the wikipedia, an Internet meme is an activity, concept, catchphrase or piece of media which spreads, often as mimicry, from person to person via the Internet. Some notable examples include posting a photo of people lying down in public places (called "planking") and uploading a short video of people dancing to the Harlem Shake.

A meme is an idea, behavior, or style that spreads from person to person within a culture, according to the Merriam-Webster Dictionary. An Internet meme may take the form of an image, hyperlink, video, picture, website, or hashtag. It may be just a word or phrase, including an intentional misspelling. These small movements tend to spread from person to person via social networks, blogs, direct email, or news sources. They may relate to various existing Internet cultures or subcultures, often created or spread on sites such as Reddit, Tumblr and 9gag.

If you want to check out some hilarious internet memes, you can visit the following websites: